Did you see the flags on 390 what I was talking about Acros from the old Cactus restaurant?

Saw it but don’t know what it means. Maybe it isn’t mineral related.

GeoSouthern moved a rig in and started drilling over a week ago on the big pad they built fronting on FM 1697 just west of Burton.

No way to know but I’m assuming before the rig moves off they plan to drill all three horizontal allocation wells they permitted at that location called the Boeker-Union Hill AW #1, 2 and 3.

Dusty, Do you know if the Klondike wells have been fractured by Magnolia yet. I haven’t seen any completion reports or production reports yet. Tomas

With four wells permitted from same pad they probably won’t frac until all of them are drilled.

I’m guessing the rig is still up but will try to get by next weekend to see how it looks.

Below is what the Klondike pad looks like currently. Rig is gone but my guess is they haven’t fraced yet.

Two fairly small, possibly temporary, wellheads are visible from the road but more could be behind the temporary storage tanks. It look like the gas pipeline connection has been completed but nothing has been started on a tank battery and steam isn’t coming off the temporary tanks so I’m thinking the wells are shut-in at this point. 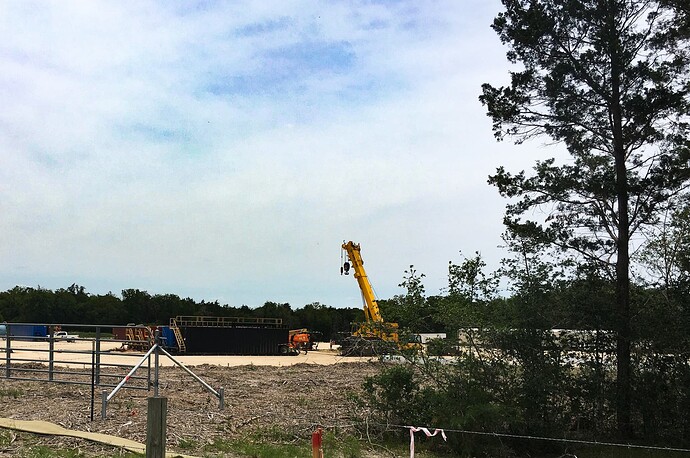