About a week ago, I received a OCC notice of a plan to Unitize an area in Grady and Stephens County, OK. referred to as the “Carter Knox Subthrusted Morrow Operating Unit”.

Today I received a one page document asking me to ratify the plan.

As to whether Unitization is good or bad, depends on what you own.

It seems that Mack Energy is trying to “sneak one thru”.

Does anyone know about this?

I’m not sure why you would say Mack is trying to “sneak one thru”? Since you received notice of the hearing at the OCC and a simple request for ratification you now know what their plans are and have choices.

Dan, they have been working on this for months- so no sneaking. I received the big set of paperwork about a month ago. Lots of reading to do. I talked to my engineer and he didn’t see anything wrong with signing it. It will either work and increase production or it won’t. I am taking a chance and signing it. It is a nitrogen flood which is a new type. He said it isn’t that great on pipe, but that would be the operator’s problem. I was working on the documentation today and it is interesting that some sections will have a double pay due to the thrusting.

That is going to be one heck of a unit moniker, CKSMOU. My understanding is that the unit operator will lock in percentages for each well to be in the unit based on some time frame of production. So even if the nitrogen pushes all the gas and oil past your well head and it all comes out of the ground two miles down the road you will still be credited with a predetermined amount of that production. Over in Garvin we have two unitized fields that I am aware of. The North East Purdy Hart (NEPHU) and the North East Purdy Springer (NEPSU) which have been producing forever. The down side is that it kept us in the 12.5% royalty HBP.

The NEPHU and NEPSU have kept our family in royalties for decades and decades. We were leased at 1/8th to start with so not a big deal. The extra revenues from the extra wells and long time production were a “win” long after some of our original wells died.

Three of the tracts have “A” “Repeated Morrow” and a “B” “Subthrusted Morrow” so may get a second reservoir!

M_Barnes thank you for laying out the formula for the well allocations. It will be a task to gather all that info. We are receiving 1/8th because that was standard for our grandparents time in the 1940’s. I think it is a big deal to be getting half of what others are being paid today but I do realize who has the pull with the state legislatures in determining the law. As my father said, fair is where you take your chickens and pigs to show once a year and they have wheels that go round and round.

Love that quote! 1/8th was very fair “back in the day”. We can’t undo the leases, but getting more production out of them would be great!

Can you explain nitrogen flooding? I’m guessing nitrogen is injected into formation to squeeze more hydrocarbons out through producing well bores.

Correct, it is like gas lift or waterflood or CO2 injection used for tertiary recovery. Pemex did a huge N2 injection program about 20 years ago for an offshore field and built a massive air separation plant to produce the N2.

I would be surprised if they did one for shale but perhaps the older traditional reservoir formations would pay out.

The new nitrogen flood is for the Morrow which is a conventional reservoir.

Thanks for explanation. Which township(s) is Morrow primarily located?

Over the entirely of the new Unitization case (2022-002035). It is one of the larger ones that I have seen. It is also thrusted, so some sections have a double. 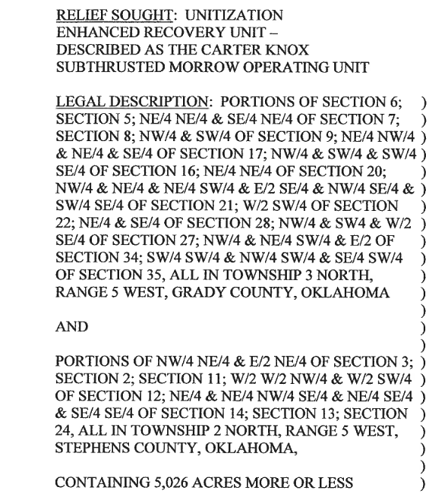 This unitization is only for a small part of it. 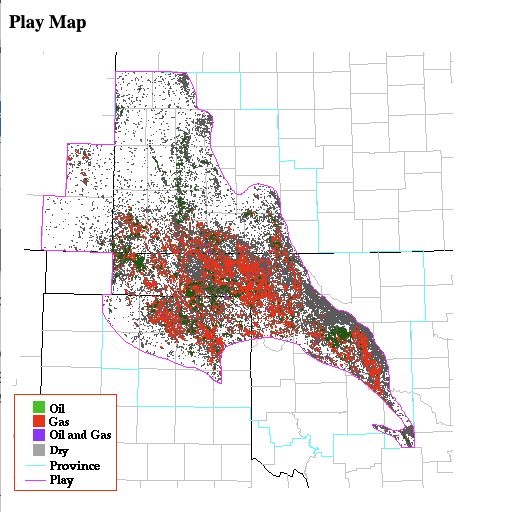