I have received multiple offers over the last ten days, each larger than the last for my property in Reeves County TX, Blk 58 T2 Sec 12. I have always been of the mind to never sell but this is a hard one. My sense is that if this many people want to buy, they must know something I don’t. There are new permits surrounding Section 12 but no new ones actually in my section. My most recent offer is $36,750 per NMA. Does anyone have information about this area?

Numerous very good gas wells w/condensate in that area…seems as BPX Operating, Conoco Phillips and Anadarko E & P are the major operators/producers in that area.

Thanks. BPX is my operator.

they must know something I don’t

It is most certain that they know something you don’t.

Attached are plats showing those locations. The drill site for each of those proposed wells are in Sec. 12 with the horizontal legs extend through 12 to the adjoining sections either on the north or the south. 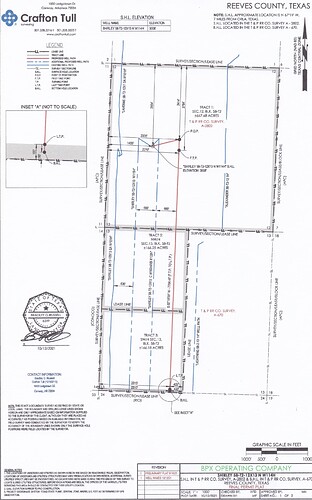 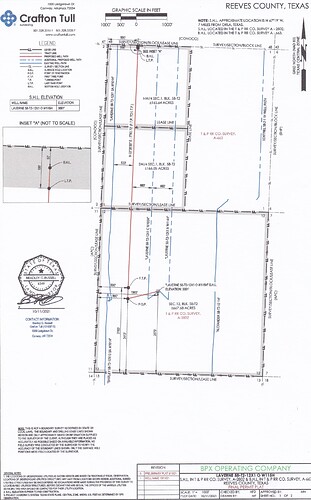 Someone else may be able to give you a better answer but all those new permits are for allocation wells so it probably depends if the path of those well bores crosses your acreage and where their first take-points are located.

Can you tell from the plats filed with those permits whether the laterals cross your mineral interest? If you know how to pull up those permits on RRC each of those plats includes a page listing what they called the Lease Bore Positions and the Well Path Data that might help you. But I’m guessing you won’t really know how your interest is impacted until the wells are drilled and the allocation formulas are set.

Bottom line though, there does appear to be a lot of new activity in your area that would explain the offers you are getting.

Thanks, Dusty1. I found the map on RRC. Now I will have to do more research on allocation wells! I really appreciate your input!

I’m assuming your royalty rate is 25%. So they are offering you $18,375 per NRA (acre at 12.5%). That isn’t a terrible offer, but I’d probably hold onto it. BP is not running many rigs, but based on their low number of permits I would think they will drill these in the next year. So in 2023 you should start making some $. 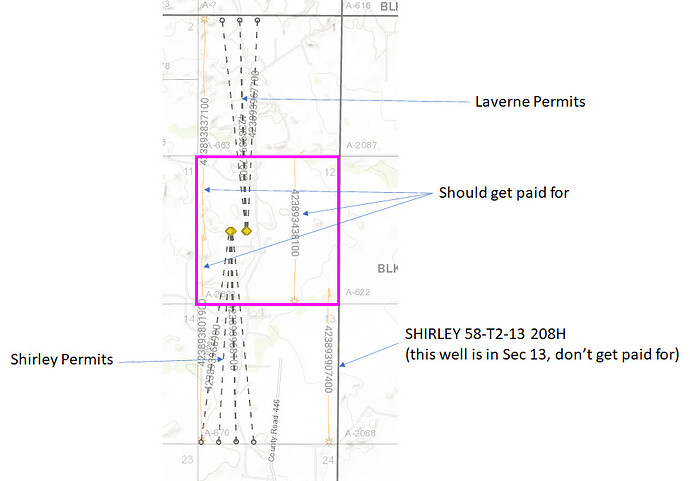 Thanks for your great research, NMoilboy! I appreciate the time you put into this! You are correct, my royalty rate is 25%.
Thanks for the valuable information!

Joy, $36,750 per NMA sounds good. How many NMA do you have? I’m running a similar calculation but have heard the offer per NMA goes down a lot if the sale is above say 5-10 NMA.

In my experience, an offer will not go down per NMA if it were larger. A bigger deal should go for more per acre. Almost anything that gets bought eventually gets sold to somebody else. Small things especially. A bigger deal goes directly to a bigger fish, thus less middle men involved and generally less “margin” required. And there are fixed costs associated with acquiring minerals that you are spreading out over more acres.

In the end though, per NMA is a bad metric for comparison unless EVERYONE has the same royalty rate. Someone is offering to buy your future revenue in some hypothetical development/price scenario and your revenue is a function of your NMA times your royalty. If you have a 1/8th lease your minerals are worth half per NMA of the 1/4 royalty lease all other things being equal.

$37k/pNMA there (i.e. under permits in N.Reeves) at 25% royalty is probably about where the market is for folks sending out mailers looking for bites. That doesn’t mean you won’t look back in 5 years and say “dangit, I should have sold in 2021”. It’s a risk business. I know lots of folks who bought in 2017 who made out like bandits and people who bought in 2019 who are sitting underwater with a bag of poo.

I have almost 10 NMA and the offer has now gone up even more.

Joy, I see. Was the $36k offer made before or after the drilling permits were filed? I am trying to get a feel for mineral valuations before the possibility of production and compare it to those offers afterwards. I’m curious to see how the valuation differs. I assume the serious offers came in right after the permits were filed. Who is making the offers?