Greetings. I wanted to inform those of us who have around Sections 270/271 Block 13 H & GN Ry. Co. Survey in Reeves County that 5 wells have been applied for by OXY and TWO have been spud in March 2021. These are the “Young” wells.

Thanks! I somehow was left off the leasing frenzy about 7 months ago, so I’m just now negotiating a lease for my small interest. Oxy has had my “family lease” for 5 weeks and hasn’t gotten back to me (or responded to my queries - other than to say their legal team is backed up). Did you guys have any luck getting cost-free leases and not allowing for free gas usage? Those are the main point we are negotiating.

Rick How would you know if your acreage is within the area that will be drilling under , to receive royalties.

Quite simply our attorney informed us of OXY’S intention to drill on sections 270 and 271; of which, we own mineral interests. Leased at the same time.

Based on the permit applications filed for the five Young wells it looks like Oxy formed five adjoining units they called the Young 13-0-270-271 A through E. The permits show the units range in size from 491 to 561 acres, but they were formed as allocation units which usually means royalties will be calculated based on the number of feet of the horizontal leg of the well that passes through each tract in the unit divided by the total length of the lateral.

Below are the plats Oxy filed with the permit application for each well that show unit boundaries and the proposed well paths. If you know the location and shape of your tract maybe this will help you figure out the unit/well and amount of the horizontal leg that’s proposed to cross your through your interest. Together the five units cover full sections 270 and 271 with the A unit on the west boundary and the E unit on the east. The permit applications indicate there were a bunch of mineral owners in those two sections that Oxy hasn’t been able to contact and are still unleased.

Based on the spud dates Oxy has reported so far it looks like they may be using a small rig to spud and set the surface casing for each well and will then bring in a large rig to drill all the horizontal legs. For some reason the well in the D unit was spudded first followed by the C. 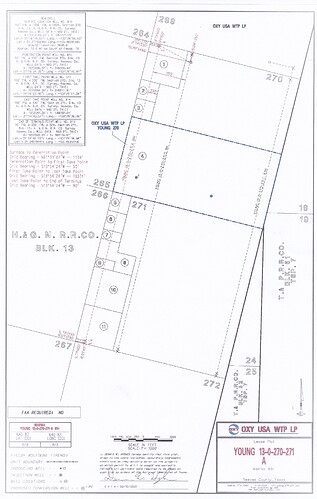 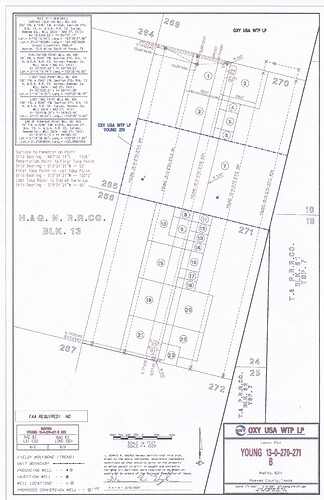 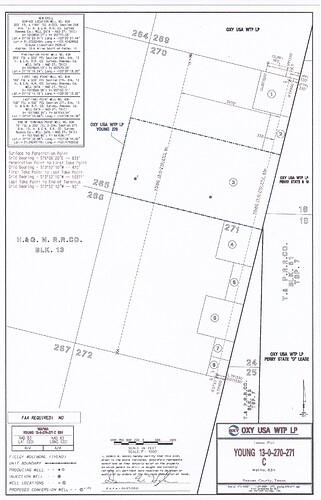 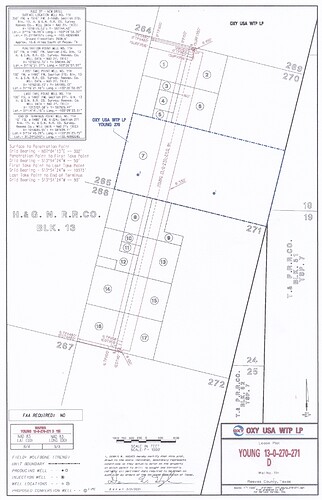 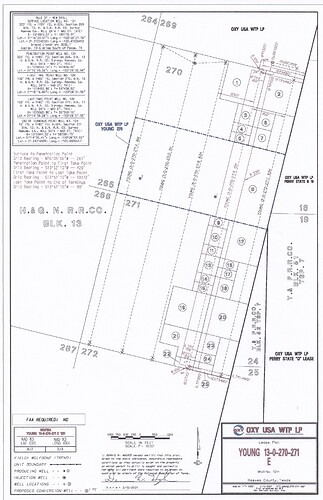 How long from the spud date till production is seen ?