I received a payment on November 30 from Callon through EnergyLink which I think will be the last one after the Primexx buy out. The payment details do not include gas and plant products and only oil for October 2021 is listed. The last Primexx titled payment at the end of October did not include anything from September since Primexx paid 2 months behind. This first payment from Callon did not include September either. I signed up with FIS for direct deposit but there was nothing there the last time I looked. Has anyone else seen this? I sent an email to the email listed on the letter sent out about the payments, but no one has responded. This is for 2 Zelda-Link wells in Sec 237-238. Thanks!

I’ve seen the same with the Terlingua and Medina wells in the transfer from Primexx to Callon. Seems a very disorganized and poorly communicated and executed transition, and like you I signed up for FIS and nothing is there, while I received the most recent statements back on Energy Link. Haven’t yet had time to dig into it fully, but hoping to soon.

I had the same experience with emailing owner relations. I’ve not yet received ANY correspondence from Callon. Long story short, when I called the owner relations number, I was stonewalled–no solution–no effort–no concern. I was either told to wait or hung up on. My cousins have had a similar experience. I have the impression ‘owner relations’ has been farmed out to Enverus. Enverus and Callon, are you listening?

Thanks, Helen, I will call on Tuesday and see if I can pry anything out of them. I’ll let you know!

Callon pays oil from one month and gas from prior month. So your next check will have Oil for November and Gas and Liquids for October. Callon acquired the assets effective October 1. On the Texas CONG, Primexx is listed as seller for September oil and gas and Callon is listed as seller of October oil and gas. Sometimes there is confusion around final payments and there could be a specific agreement between Primexx and Callon about the royalties. Primexx phone number is still working - 800-754-5908 and 214-369-5909 for messages. You may also want to send an email to Callon about the missing September royalties and ask which company will pay. If you do not get responses, then send certified letters to both companies. In all correspondence with Primexx, state that you are demanding payment of all royalties and any other funds which may be held in suspense. It is possible that Callon is waiting for Primexx to forward the “suspended” September royalties to Callon and that Callon will then make that payment. Be persistent.

Thanks, Jake, I’m of the same opinion on the poorly communicated bit. The letter was poorly written and not very clear. It was easy to see on my statements. The Primexx ones had a lot of entries, some going way back several months. This one from Callon had just oil from October! I’m not real pleased about them mailing the check either. I hope it doesn’t get lost. I’ll try calling on Tuesday and see if I can find out anything. I’ll let you know.

Checking to see if any of you received your November payment from Callon Petroleum. they told me on December 1st check was sent out to me. I called this morning and they confirmed check was mailed and if I don’t receive it by Monday the 10th to call them again and they would issue to another payment. I have a bad feeling about this company. They have the worst customer service I’ve ever talked to. I’m in a business that has to talk rough people daily, but they take the cake. I did receive my final payment last night from Primexx, I’ll miss this company.

I haven’t received my check yet, but I did get notice of a deposit from Primexx with September royalties listed on it, along with some other months. I wonder if payments from past months will continue. I have not called about gas and plant sales for October yet. I agree with you, I will miss Primexx!

Has anyone been paid from Callon who bought out Primexx? First Callon said payment would be by Driect Deposit; then Callon said they did not have it up and running and that checks were mailed 11/30; Called after several days and Callon said to wait 10 business days and if not here, then they would cut another check. Today, Dec 13 STILL NO CHECK. HAS anyone on this PRIMEXX/CALLON mineral ownership been paid by CALLON? Who should we contact to register a complaint?

Callon took over operations effective October 1, 2021. For those who were already receiving Callon checks, the Primexx wells are on November 30 checks for October oil. If you were not already a Callon royalty owner, then there might be a delay as you would need to be assigned a new royalty owner number and added to the Callon accounting system. However, it sound like you have been assured that the checks were mailed. Depending on your location, there are a lot of U.S. Post Office mail delays this month. Hopefully your check will arrive this week and was not delivered to the wrong address.

Still have not received a check and it is 12/17, I called and spoke with owner relations, they assured me the check is on the way???

A classic case of The check’s in the mail! I haven’t had one yet either. I hope they haven’t started as they mean to go on!

Dec 20 and still no Nov 30th check from Callon. I am speaking for 5 individuals in 5 different states and none of us has received a check from Callon. Can someone on the forum list some options we might have. We are due to receive 2 checks from Callon on Dec 31. I’m not holding my breath. Where would we go to register a complaint? Do Texas Oil and Gas Operators Always Have to Pay Royalties on Time?

By statute, royalties on oil and gas production are due on or before 120 days after the end of the month of first sale of production from the well. This

Make sure it is certified letter.

if you meet the requirements for payment defined by previous statutes linked above then here is the requirement that you send certified letter demanding payment. 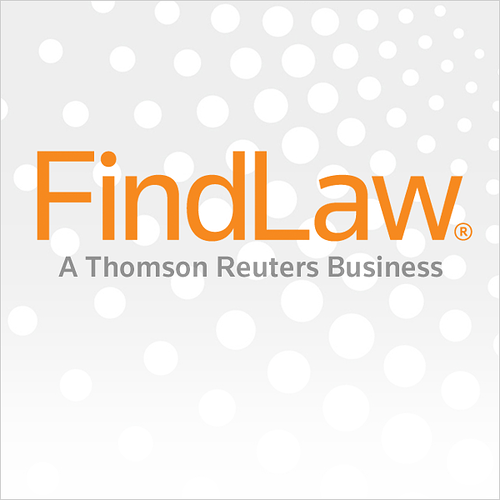 And here is the penalty for late payments.

Here is a link to the Statute.

You can sign up for direct deposit through FIS Services. Hopefully that will get the money to us quicker. I haven’t had a check yet either. I sent a message to the customer relations email address on Dec. 1 and got a response yesterday (Dec. 20). I already had a lot of the answers. The person didn’t answer my question on where the gas and plant products payment was.

Still haven’t received a check from Callon so I called and talked to a very pleasant person! She says two choices: Wait longer or ask for the check to be reissued! She says she was told that the checks were mailed on Nov. 30 and they go out of Houston. She said the December payment will be direct deposited through FIS Services if you are signed up for that.

Surely its frustrating but the change over in todays work enviroment was likely to skip a beat or two. And now the holidays to boot…