According to Courthouse Direct’s last Lease Alert, Key Exploration Ltd recorded leases on September 24th covering parts of 70 different Cherokee Co. surveys. The general area is highlighted on map below. Some of the leases covered multiple tracts totaling over 3,000 acres so the overall total acreage is large.

The lease memo’s make reference to a Seismic Option Agreement that gave Key a two year option on taking a lease, which it appears they’ve now elected to do. The lease dates range from May through July of this year and state a 3 year primary term with a two year extension option.

Key hasn’t filed for drilling permits in their own name but appears related to Maximus Operating who has taken a few permits in Smith and Henderson County in the last two years. But it’s possible this is part of a block Key put together for a company that didn’t want their name involved.

Would definitely appreciate information anyone can share on this, particularly bonuses paid or what Key is targeting. Any previous activity in that area goes back many years but this looks like another indicator of improving prospects for natural gas. 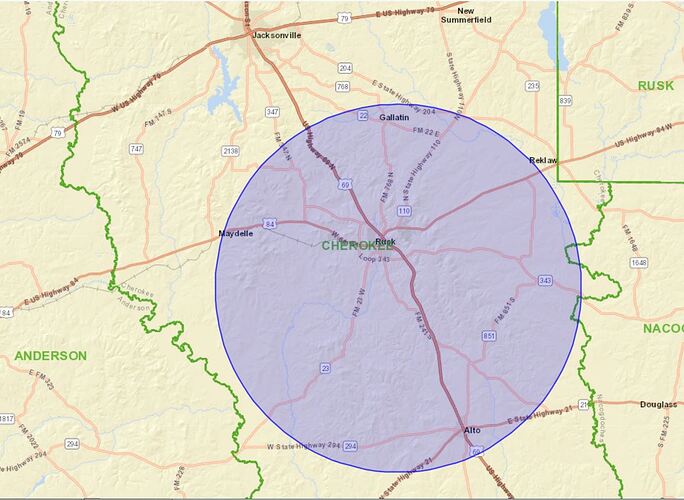 Glad to see some activity. I’ve got a few acres NW of Jacksonville but have never had a lease offer.

I mapped out the lease memo info and the area appears to include 61 unique surveys and about 13,800 gross acres after removing obvious duplicate leases. The lease area is roughly a rectangle with Rusk in the middle. My guess is that the target is deep gas, but I have no actual knowledge.

Hi Alan, I’m hoping someone involved in those recent leases will share what they know. You dug deeper than I did but from the scattered locations of these leases I didn’t feel like they had put together solid blocks ready for drilling and may just aim at controlling acreage over a wide area in case activity heats up.

This is much smaller scale but in some ways reminded me of that Goodland Lime stealth play in Anderson and Smith County we shared information on several years ago. Doubt this is one turns out to be an EOG operation, but I’m guessing the principal is someone other than Key.

Key filed another 248 leases in mid-November covering about 24,600 gross acres. The estimated total position to date is about 38,400 acres.

Thanks Alan. I’m still hoping someone directly involved with one of those leases will be tuned in and willing to share the terms Key offered them. Expect it will take a while but will be interesting to see who is behind this and what they are targeting.

Key’s filed leases to date include acreage in 146 surveys in Cherokee County. A rough estimate of the extent of the current lease area is 18 miles wide east/west and 10 miles tall north/south…can’t be precise because I can only map the surveys with leased areas in them, not the actual leased acreage.

Google Earth map of the lease area is attached. 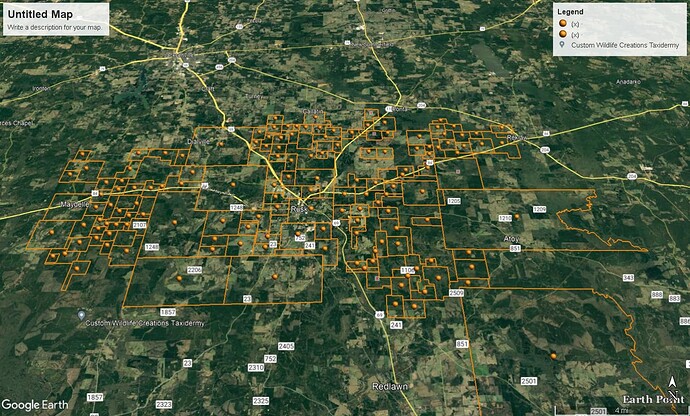 Nice Map. So that second group of leases Key recorded more than doubled the initial surveys involved but their interest still appears to be centered around Rusk. 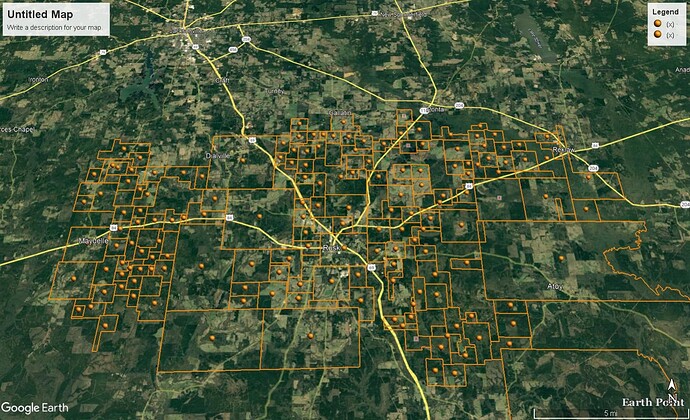 Hi Wade! Many of these Key leases are set to start following the activation of a two-year seismic option. Do you know if seismic work has begun? I noticed that some of the most recently filed lease memos do not contain the seismic option.