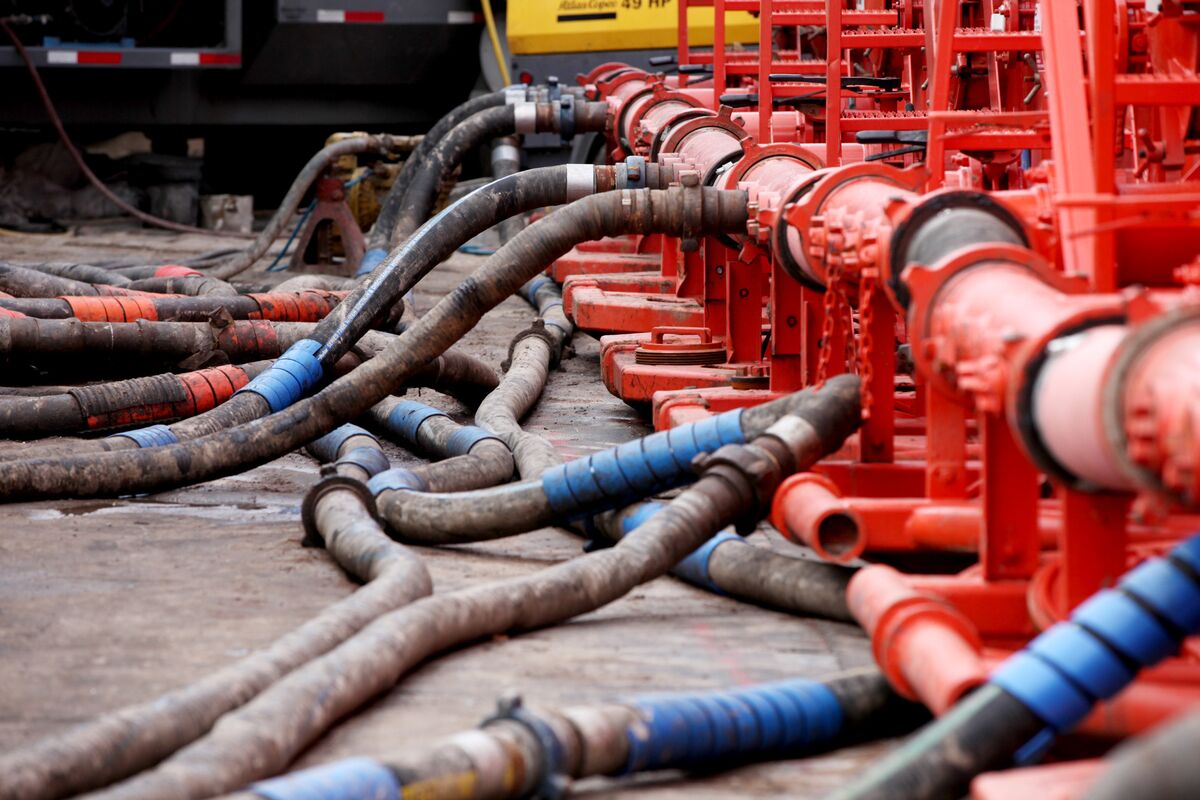 Thrifty drillers have found a new use for the glut of natural gas that’s sent prices for the fuel below zero in America’s biggest shale patch: Use it to power fracking operations.

Not sure you can get the whole article without a subscription to Bloomberg, but the summary is that the completion companies are switching to gas powered engines over the diesel to fuel their fleet.
“Explorers are switching to so-called e-fracking, using gas from their own wells to run turbines for electric motors that power drilling pumps. The move helps in two ways: It cuts about $1 million a month in fuel costs for a set of fracking equipment by 90%, according to Wells Fargo & Co., and it lessens the excess gas burned off at the well site, a practice environmental groups frown upon. Tudor Pickering Holt & Co. predicts electric pumps will represent about a third of the market in roughly the next five years, from about 3% now.”

I first heard about this at the National NARO convention about five or so years ago. The speaker noted that we should strike the old clause in many leases that said the operators could use gas, oil and water … from our leases without paying for it. I have struck that clause since then. I may not catch them using my gas without paying for it, but if I do, my lease is clear that they cannot do it. I would welcome any attorney comments about putting in a clause in the addendum saying that if they did use my gas to run their engines, they would have to pay me for it! The case that I heard at the meeting was that one company was using the gas to generate electricity to sell back to the electric grid company. Mineral owners sure didn’t get paid for it. Seems like this could be a really big issue for our friends in the Permian Basin that are getting negative numbers on their gas. I am all about not flaring to protect the environment, but I think we should get paid for our gas usage.

Martha - Are you’re striking the entire clause E.G. “Lessee shall have the right to use, free of cost, Gas, Oil and water produced on said land for it’s operations thereon, except water from wells of lessor.” or just the terms Gas and Oil? Moreover, are you getting much push back from potential lessees?

Speaking of Permian & Bakken: “Together, the two oil fields on a yearly basis are burning and venting more than the gas demand in countries that include Hungary, Israel, Azerbaijan, Colombia and Romania, according to the report.”

I am striking that whole clause and have for the last five years. Rarely get pushback. It is left over from the days when they would use the gas to light the stoves in the cabin or trailer of the homeowner or the driller on site. Ancient clause.

Ever consider an anti-flaring clause or at least make the co pay a royalty for spent gas?