If y’all haven’t heard of ChatGPT and AI chatbots, it’s a super interesting and slightly horrifying topic that I’ve recently found to be super useful for explaining complex topics, or at least giving a starting point for research. I recently put it through its paces by asking ChatGPT a bunch of technical oil & gas questions and running lease terms through the engine to have it explain the text simply, then judging the results.

Made for quite a fun video!!

What do y’all think of the technology? 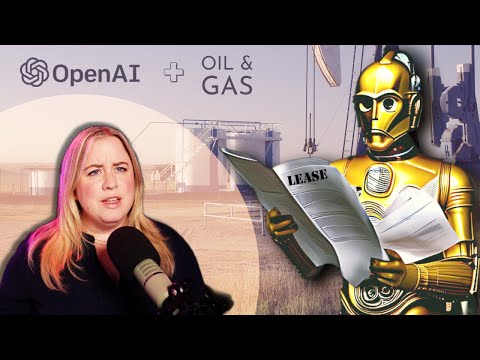 This is the title of a 1/23/23 Daily Mail article: “The Rise of Machines? ChatGPT Can Pass US Medical Licensing Exam and the Bar, experts warn - after the AI chatbot received B grade on Wharton MBA paper”

That’s crazy! I was mentally scoring it as a B- overall also. The things I found “wrong” were a bit nit picky sometimes, and it was usually from not having the whole context. The human brain is pretty remarkable at its ability to connect unconnected items, but AI is getting pretty darn close

It is. I keep finding uses for it and it’s pretty impressive. I heard Microsoft is the investor and they’re planning on using it to battle Google?

Major concern is the same with much of internet - that people believe the accuracy of whatever they read. Programming of many AI interpretations will be by bias of the user group, essentially a group project done by majority vote which may not be accurate in the details. AI is a good beginning, but not an end. For example, it seemed to me that the AI interpretation of a reasonable operator assumed that the RRC sets a standard of the reasonable actions. RRC only sets rules and often does not review the actions of an operator until a complaint is filed. On the optimistic side, maybe everyone can operate a their own Chat AI and we can get away from the biases which have emerged in news, assuming that the designers do not regulate content.